(1)Bodhiharma’s teaching
Bodhiharma (Daruma) first pointed this out and it has never changed. When asked how to gain enlightenment he replied:  ‘No books, no teachers, direct experience of the dharma.’
Zen teachings can be likened to "the finger pointing at the moon".
Zen teachings point to the moon, but the Zen-tradition also warns against taking its teachings, the pointing finger, to be this insight itself.

<What do foreigners know about Zen?>
Although it is difficult to trace when the West first became aware of Zen as a distinct form of Buddhism, the visit of Soyen Shaku, a Japanese Zen monk, to Chicago during the World Parliament of Religions in 1893. It was during the late 1950s and the early 1960s that the number of Westerners, other than the descendants of Asian immigrants, pursuing a serious interest in Zen began to reach a significant level.

Especially Japanese Zen has gained popularity in the West. The various books on Zen by Reginald Horace Blyth, Alan Watts, Philip Kapleau and D. T. Suzuki published between 1950 and 1975, contributed to this growing interest in Zen in the West, as did the interest from beat poets such as Jack Kerouac, Allen Ginsberg and Gary Snyder. 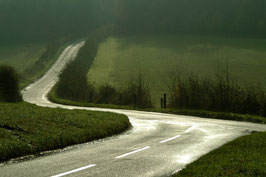